To share your memory on the wall of John Johnston, sign in using one of the following options:

Provide comfort for the family of John Johnston with a meaningful gesture of sympathy.

We encourage you to share your most beloved memories of John here, so that the family and other loved ones can always see it. You can upload cherished photographs, or share your favorite stories, and can even comment on those shared by others.

Posted Mar 22, 2018 at 12:00am
So sorry to hear of his passing. He will be greatly missed at our family reunions.He shared so many great stories of our family.deb johnston(daughter of Stanley and Dora Johnston) Continue reading
Comment Share
Share via:
MS

Posted Mar 13, 2018 at 12:00am
My family is so sad to hear the passing of John. I remember so many fun times out at the farm. He and my dad were friends in my earlier years. He always let me steal his French fries when I was a kid at The Welcome Inn. Thinking of you Peg, Red and Becky. Please reach out if you need anything. Continue reading
Comment Share
Share via:
MB

Posted Mar 13, 2018 at 12:00am
Sorry for the loss of John, he was a great guy and will be missed my many.He was always willing to to help where needed. His kids are really going to miss him. You are all in my thoughts ans prayers.Marty Burke Continue reading
Comment Share
Share via: 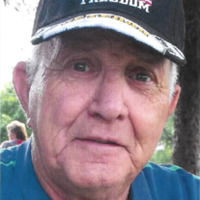