To share your memory on the wall of Lloyd Jager, sign in using one of the following options:

To send flowers to the family or plant a tree in memory of Lloyd "Duane" Jager, please visit our Heartfelt Sympathies Store.

We encourage you to share your most beloved memories of Lloyd here, so that the family and other loved ones can always see it. You can upload cherished photographs, or share your favorite stories, and can even comment on those shared by others.

Posted Mar 26, 2019 at 12:00am
Kaye, I did not know your daddy, but I know how precious these men are to daughters and how much we miss them. Please know you are in my prayers for the Comforter to bring peace and strength to you and yours in the days ahead as you grieve this loss. Rita Davis Continue reading
Comment Share
Share via:
HS

Your Friends at Cargill Salt

Posted Mar 18, 2019 at 12:00am
Your Friends at Cargill Salt purchased the Beautiful in Blue for the family of Lloyd "Duane" Jager.
Continue reading
Comment Share
Share via: 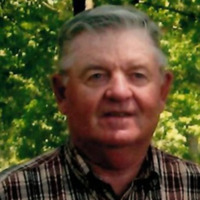