To share your memory on the wall of Robert Scott, sign in using one of the following options:

Provide comfort for the family of Robert Scott with a meaningful gesture of sympathy.

We encourage you to share your most beloved memories of Robert here, so that the family and other loved ones can always see it. You can upload cherished photographs, or share your favorite stories, and can even comment on those shared by others.

Posted Feb 27, 2018 at 12:00am
Mike and Denise McCracken are sorry for your loss. Uncle Bob was always there for anyone. He was a big help to my mother doing lots of items around the house she could not afford to have someone come and do. He was a brother in the true sense of the word. Continue reading
Comment Share
Share via:
MN

Posted Feb 27, 2018 at 12:00am
We do send out condolences in the loss of your daddy. Our thoughts and prayers will be with you as you say your final good byes. Our love, Byron and Marthana Newland and family. Continue reading
Comment Share
Share via:
CH 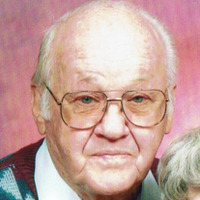