To share your memory on the wall of George Myers, sign in using one of the following options:

To send flowers to the family or plant a tree in memory of George Myers, please visit our Heartfelt Sympathies Store.

We encourage you to share your most beloved memories of George here, so that the family and other loved ones can always see it. You can upload cherished photographs, or share your favorite stories, and can even comment on those shared by others.

Posted Mar 24, 2018 at 12:00am
As the youngest of us four kids, I have many memories of my big brother. I remember his love of hunting and being outdoors when we were growing up on the farm. I remember when he left for the Air Force and how much we missed him. I looked up to him more than he knew. Continue reading
Comment Share
Share via: 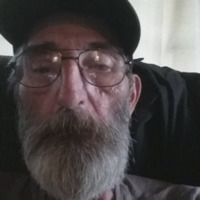