To share your memory on the wall of Fred Davis , sign in using one of the following options:

Print
Fred Eugene Davis, age 70, of Eddyville passed away on September 17, 2019 at MercyOne Medical Center in Des Moines. He was born on April 25, 1949 in Kirksville, MO to James H. and Clara F. (Bougher) Davis.

He married Kathy Black on Jun... Read More
Fred Eugene Davis, age 70, of Eddyville passed away on September 17, 2019 at MercyOne Medical Center in Des Moines. He was born on April 25, 1949 in Kirksville, MO to James H. and Clara F. (Bougher) Davis.

He married Kathy Black on June 7, 1969 at the Zimmerman Funeral Home in Lovilia. They were blessed with one daughter, Cindy Marie. He worked for B&W Plumbing for thirty-four years until his retirement. He was an avid outdoorsman. He enjoyed hunting and fishing; especially fishing for flat head on the river.

Fred is survived by his wife, Kathy of Eddyville; daughter, Cindy Marie of Cedar Rapids; two granddaughters, Lacey Marie and Shelby Renae; one brother, Steven (Cheryl) Davis of Eddyville, and many nieces, nephews, cousins and friends. He was preceded in death by his parents, James H. and Clara F. Davis, four brothers, and three sisters.

Fred's wishes were to be cremated with no services. Memorials may be directed to the family and mailed to 1253 720th St., Eddyville, Iowa 52553. Arrangements are entrusted with Eddyville Funeral Chapel.
Read Less

To plant a memorial tree in honor of Fred Davis , please visit our Heartfelt Sympathies Store.

There are no events scheduled. You can still show your support by sending flowers directly to the family, or planting a memorial tree in memory of Fred Davis .
Plant a Tree

We encourage you to share your most beloved memories of Fred here, so that the family and other loved ones can always see it. You can upload cherished photographs, or share your favorite stories, and can even comment on those shared by others.

Plant a Tree in Memory of Fred
Plant a tree 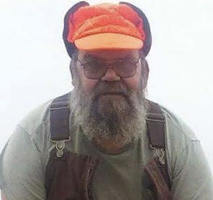