To share your memory on the wall of Larry Dunn, sign in using one of the following options:

Provide comfort for the family of Larry Dunn with a meaningful gesture of sympathy.

Larry graduated from Eddyville High School, class of 1975. He married Lisa Widmar on October 5, 1979 at St. Mary’s Catholic Church in Centerville, Iowa. To this union they were blessed with two daughters, Sarah and Haley.

Larry was a farmer most of his life, but also owned and operated Steelclay Shooting Sports. Larry was an outdoorsman, which included many hobbies such as being a fishing guide in Alaska, hunting, trapping, and going to rodeos, and flying a Cherokee 180 airplane. He had a true passion for shooting sports which gave him the idea to start the youth hunter education challenge.

Larry is survived by his wife Lisa Dunn, mother Norma Dunn, both of Eddyville, a daughter Haley Dunn of Houston, TX, sisters Cindy (Gary) Junkins of Oskaloosa, Melody DeGeest of Eddyville. He also is survived by many nieces, nephews. He is preceded in death by his father, Charles Dunn, a daughter Sarah Dunn and a brother James Dunn.

Mass of Christian Burial will be held at 10:30 a.m., on Tuesday, September 24, 2019 at St. Mary’s Catholic Church in Albia with Father Mark Yates officiating C.PP.S. A funeral luncheon will follow services, and interment will be in Highland Cemetery in Eddyville. Visitation will be held on Monday, September 23, 2019, opening to the public at 1:00 p.m. with family present to greet friends from 5-7 p.m., at the Eddyville Funeral Chapel. Memorials may be directed to The Abbey Center or Hospice Serving Davis & Wapello Counties. Online condolences may be left for Larry’s family at eddyvillefuneralchapel.com.
Read Less

To plant a memorial tree in honor of Larry Dunn, please visit our Heartfelt Sympathies Store.

There are no events scheduled. You can still show your support by sending flowers directly to the family, or planting a memorial tree in memory of Larry Dunn.
Plant a Tree

We encourage you to share your most beloved memories of Larry here, so that the family and other loved ones can always see it. You can upload cherished photographs, or share your favorite stories, and can even comment on those shared by others.

Posted Sep 24, 2019 at 09:16pm
I am so sorry to hear of Larry’s passing, my deepest condolences.. He, Steelclays, & the whole family made my shooting days very enjoyable!!! Brett Gilmore ‘Gilly’ Coyote Run Sporting Clays
Comment Share
Share via:

Posted Sep 23, 2019 at 08:06pm
My Uncle Larry was one of a kind with a welcoming smile, and a good-hearted, beautiful soul. I have so many wonderful memories of him, especially how he’d play and wrestle with all his nieces and nephews when we were all younger. He made me laugh, made me smile and he gave great hugs! Uncle Larry, you will be missed. Aunt Lisa and cousin Haley, I love you and wish I could be there to give you both hugs. You are in Dave and my thoughts.
Comment Share
Share via:
FB

Posted Sep 23, 2019 at 01:07pm
Dear Haley, We are thinking of you during this difficult time. Our warmest condolences. Shelby and Fernando. 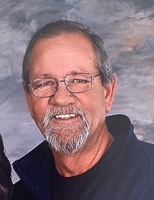 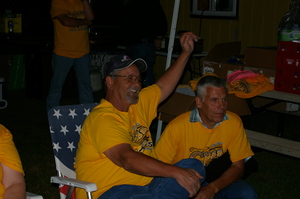 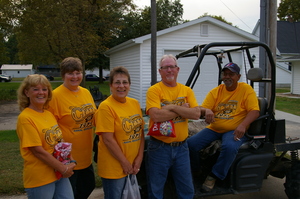