To share your memory on the wall of Jim Decker , sign in using one of the following options:

Print
James “Jim” LeRoy Decker, age 68, of Eddyville passed away on July 4, 2020 at MercyOne Medical Center in Des Moines.  He was born on October 28, 1951 to Joseph LeRoy West and Darlene Decker.

He graduated from Sigourney High School... Read More
James “Jim” LeRoy Decker, age 68, of Eddyville passed away on July 4, 2020 at MercyOne Medical Center in Des Moines.  He was born on October 28, 1951 to Joseph LeRoy West and Darlene Decker.

He graduated from Sigourney High School, class of 1969, and then enlisted with the United States Army.  He married Gloria Lewman on July 22, 1989 in Eddyville.  He worked for Iowa Culvert Builders in Sigourney, and then Carter Steel, until spending twenty-seven years at Pella Corp until his retirement.

Jim was a jack of all trades, and a master of many.  He enjoyed making everything pretty for Gloria.  He also liked camping, working on cars, mowing his yard and hunting.

Funeral Services will be held at 10:30 a.m., Thursday, July 9, 2020 at the Eddyville Funeral Chapel with Pastor Dan Visser officiating. Burial with military rites will follow in Highland Cemetery in Eddyville.  Visitation will be held on Wednesday, July 8, 2020, opening to the public at 2:00 p.m., and Jim’s family will be present from 5-7 p.m., Wednesday evening at Eddyville Funeral Chapel.  Memorials may be directed to the Traveling Military Wall.  Online condolences may be left for the family at eddyvillefuneralchapel.com
Read Less

To send flowers to the family or plant a tree in memory of Jim Decker , please visit our Heartfelt Sympathies Store.

We encourage you to share your most beloved memories of Jim here, so that the family and other loved ones can always see it. You can upload cherished photographs, or share your favorite stories, and can even comment on those shared by others.

Posted Jul 09, 2020 at 09:24pm
I’m so sorry to hear the news that Jim had passed. I wish I’d found out in time to attend his funeral. I will miss his smile.
Comment Share
Share via:
SS

Posted Jul 09, 2020 at 08:29am
Jim was just an amazing gentleman and I think because of that almost every memory that I have of him I could consider a favorite because they were always good. His jokes, his smile, his teasing, and even his seriousness was always something that my girls and I looked forward to. I guess if I need to pick one probably my favorite memory of Jim was when I made a post on Facebook about my oldest daughter being pregnant. It wasn’t even 20 seconds later I had a private message and then a video chat from Jim saying “ha ha ha you finally found out you’re going to be a grandma I see. Getting a little old aren’t you?”. My response was, finally find out? What do you mean by that? In typical Jim fashion he laughed and said well I’ve been trying to be quiet but I’d heard some rumblings around that there was gonna be a baby on the way and then just laughed like crazy. I know he was so proud of his granddaughters and loves them so much and he was so proud of his kids and loved his kids so much. It made him happy that I was finally going to get to know what it was like to be a grandparent. Jim then spent the rest of the next probably good week or two giving me directions on being a grandma, what it means, what I should do, how I should do it, what not to do and how not to do it in true Jim fashion. The other night Crystal and I were talking and I was telling her about talking to her dad and how he always told me after she left for Texas how very much he missed her, how he loved her and that he was so very proud of her. Until I was talking to Crystal about that, I didn’t realize that Jim wasn’t expressing those feelings and emotions to her as much as he probably should’ve been. So Crystal, I’ve told you a couple times this week already but I don’t want you to forget, not only was your daddy an amazing man but he loved you and your kids so much and he was so very very proud of you. Jim truly was one of a kind and I will miss him so much. I am so sorry, Crystal, Gloria, Amy, Tisha, Tara, Dariann and all the rest of the family. We are here for you always and we will get through this somehow together. Love you all and love you Jim we will miss you. Shelly Spaur and family
Comment Share
Share via:
JH

Posted Jul 08, 2020 at 02:55pm
Gloria, Crystal, Paul and Amy -
May God's Peace give you strength during this time. I worked with Jim in his Pella Corp years and will remember his smile and friendliness.
Comment Share
Share via:
CA

Posted Jul 07, 2020 at 04:18pm
YOU FOUGHT A GOOD FIGHT, JIM. I KNOW YOU ARE NOW RESTING IN THE ARMS OF JESUS AND YOU HAVE NO MORE PAIN OR SUFFERING. YOU WERE A GOOD MENTOR TO ME WHEN I WORKED AT PELLA CORP. I WILL NEVER FORGET THE TIME THAT I DUMPED 2 FULL BOXES OF SHORT BLOCKS AND YOU WERE THE ONLY ONE THAT HELPED ME PICK THEM UP. THAT ACT OF KINDNESS WILL ALWAYS STICK WITH ME. YOU WERE A GOOD MAN, JIM AND YOU WILL BE MISSED. R.I.P.
Comment Share
Share via:
HS

Flowers were purchased and a memorial tree planted for the family of Jim Decker . Send Flowers 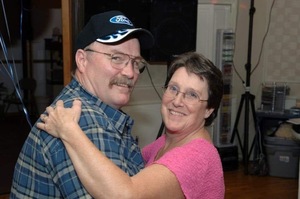