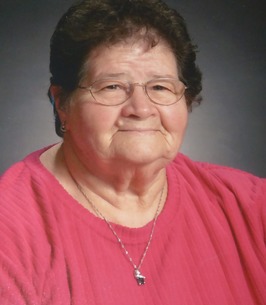 Mary was born September 27, 1931 in Denver CO, the daughter of Alva D and Letha Fern (Griggs) Humphreys. Mary graduated from Eddyville High School in 1951. On October 16, 1951, she and James Jr. Johnson united in marriage in Oskaloosa IA. Mary and James were blessed with four children Pam, Bonnie, Ginny and Wes.

Mary worked several years at Rolscreen Corp and Walmart. In 1976 she and Jim moved to Sunrise Beach, MO where they lived until 1993 when they moved back to Eddyville. While in Missouri Mary worked at the Laurie Nursing Home which she enjoyed very much. She and Jim enjoyed traveling with siblings and going camping, attending bluegrass festivals and the horse races in Arkansas. After Jim passed in 1993 Mary looked forward to yearly trips with her daughters.

Mary attended the Eddyville United Methodist Church and was a 50 year member of Order of Eastern Stars.