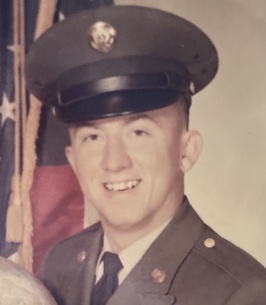 Michael graduated from Eddyville High School, class of 1968. He then completed the Indian Hills Community College Machinist Program. He married Cynthia Raymie in 1970, and they were blessed with one daughter, Ginger. They would later divorce.

He was a farmer and also a truck driver. He enjoyed fishing, hunting, and was an avid Chicago Cubs fan.

Michael is survived by his daughter, Ginger Robinson of Ottumwa; grandson, Colton Lee Michael (Olivia) Shoop of Baltimore, MD; and sister, Linda (John) Jager of Eddyville. He was preceded in death by his parents, Rex and Polly, and previous wife, Cynthia.

Cremation has been accorded and services will be held at a later date. Online condolences may be left for the family at eddyvillefuneralchapel.com, or the Eddyville Funeral Chapel Facebook page. Memorials may be directed to Hospice of Mahaska County.