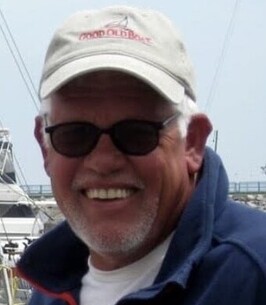 Brian Chambers, age 65, of Manitowoc, WI, formerly of Eddyville, passed away on October 17, 2022 in Milwaukee, WI.  He was born on April 23, 1957 in Oskaloosa, IA to Charles Glen and Phyllis Elaine “Goschke” Chambers.

Brian graduated from Eddyville High School, class of 1975.  He served in the IA National Guard-3654 Maintenance Company and was a veteran of Desert Storm. He married Cynthia Terrell and they were blessed with four children, Charles, Nathan, Natalie, and Logan. He would later marry Deanna (Beaver), and they were blessed with a daughter, Mercedes. After retiring from the Army, he then obtained his Bachelors Degree in Literature from Simpson College.  He worked several places including writing for the Albia Newspaper, working at the Eddyville Post Office, and being a full time grandpa.

Brian loved reading, sailing, and his morning walks.  He was a member of the Eddyville American Legion and the Maritime Yacht Club in Manitowoc, WI.  He shared his love of literature by taking his grandkids to book stores and reading to them regularly. He always loved a good baseball game with his family. He never knew a stranger, could strike up a conversation with anyone, and always had a joke to make people laugh.

Visitation will be held on Thursday, October 20, 2022 at the Eddyville Funeral Chapel from 5-7 p.m.  A Celebration of Life Service will be held at 2:00 p.m., Friday, October 21, 2022 with Pastor Nick Hughes officiating at the First Christian Church in Eddyville. Memorials may be directed to the family.  Online condolences may be left for the family at eddyvillefuneralchapel.com or the Eddyville Funeral Chapel Facebook page.