To share your memory on the wall of Chester Harnden, sign in using one of the following options:

Provide comfort for the family of Chester Harnden with a meaningful gesture of sympathy.

We encourage you to share your most beloved memories of Chester here, so that the family and other loved ones can always see it. You can upload cherished photographs, or share your favorite stories, and can even comment on those shared by others.

Posted Nov 17, 2018 at 12:00am
Bonnie and Family Sorry for your loss of Chester. Gary and I will have you guys in our thoughts and prayers now for the days ahead. Chester always had a smile for everyone. He gave so much love and devotion to his country. Love and prayers. Gary and Delores Cundiff of Kirkville Continue reading
Comment Share
Share via:
SH

Posted Nov 17, 2018 at 12:00am
So sorry for your loss. Chester always had something to say but dont tell anyone he said it. I enjoyed the visits we had at the Post Office in Kirkville and in Eddyville. Will miss that " hey what ya doing, staying out of trouble." Continue reading
Comment Share
Share via:
MA

Posted Nov 16, 2018 at 12:00am
Loved all the get togethers we had with Uncle Melvin, Aunt Connie , mom and dad and all of you when growing up. Miss those times! Thoughts and prayers are with all of you. God Bless. Continue reading
Comment Share
Share via:
SP

Posted Nov 16, 2018 at 12:00am
I Did not know Chester very long but the time I did know him he always made me laugh and he was a very nice man. He was a character but in a good way. May he R.I.P my heart goes out to his family. I will say a prayer and light a candle for him. Continue reading
Comment Share
Share via: 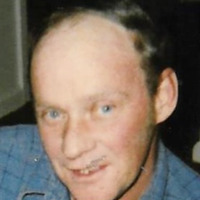