To share your memory on the wall of Martha Sharp, sign in using one of the following options:

Provide comfort for the family of Martha Sharp with a meaningful gesture of sympathy.

We encourage you to share your most beloved memories of Martha here, so that the family and other loved ones can always see it. You can upload cherished photographs, or share your favorite stories, and can even comment on those shared by others.

Posted Jan 10, 2019 at 12:00am
She was a wonderful woman who helped me through many years of learning struggles starting in elementary and ending only when I graduated. Without her, I would not be the woman I am today. She had touched many children’s lives. She will forever have a place in my heart and memory. Continue reading
Comment Share
Share via:
LA

Posted Jan 09, 2019 at 12:00am
Martha and I were good friends throughout high school, and I remember fondly happy after school hours in her home with Martha and her wonderful mother. We lost touch after high school since I went to college and on to a career outside of Iowa. But when my mother died, she made an effort to come to see me at the visitation, and we had a good visit. She was a thoughtful and kind person who really cared about others and went out of her way to help people. My sympathy to her family.Linda Ammons, Albia High School '66 Continue reading
Comment Share
Share via:
BD

Posted Jan 09, 2019 at 12:00am
Dear Michele & Colen, Your mother's friendship meant the world to me. After moving to Iowa to work at Vennard College your Mother was introduced to me by one of the college board of directors. Your Mother felt impressed to share her 26 acres and empty barn with us; as we would be moving our cattle, horse, donkey, dog and chickens to IA after the sale of our small farm in KS. After meeting Marti, I soon learned she and I shared the same diabetes diagnosis. Marti not only provided a place for our livestock and dog to stay while I worked and lived on campus; she also kept me in supply of insulin and syringes when the college closed and I had no health insurance. Yes, your... Continue reading
Comment Share
Share via:
MS

Posted Jan 09, 2019 at 12:00am
We feel so blessed to have known Marti. We will miss her very much. But we know you will miss her even more. We are thinking you you at this difficult time, and hoping that memories will comfort you. Remember that we will be here for you in the days, and weeks ahead. Continue reading
Comment Share
Share via: 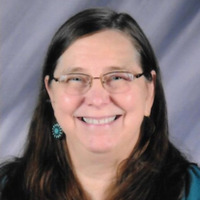