To share your memory on the wall of James Whitehead, sign in using one of the following options:

To send flowers to the family or plant a tree in memory of James "Jim" Whitehead, please visit our Heartfelt Sympathies Store.

We encourage you to share your most beloved memories of James here, so that the family and other loved ones can always see it. You can upload cherished photographs, or share your favorite stories, and can even comment on those shared by others.

Posted Aug 23, 2019 at 12:00am
Thinking of you, Laura, and family, and sending prayers for courage and strength. May memories help bring you comfort until your hearts find peace. Colleen Squires Continue reading
Comment Share
Share via:
CF

Posted Aug 22, 2019 at 12:00am
Jim, I just want to say R.I.P. you will be missed. I remember babysitting your three girls in Fremont, Lori, Dawn, Angie. Say Hi to Lori. You were a very loving person with a big heart. Craig and Connie Vance Foster Continue reading
Comment Share
Share via:
HS

Posted Aug 21, 2019 at 12:00am
Rest in peace Jim! You were one ornery guy but was loved so much by your family. So sorry for their loss!:heartpulse: Continue reading
Comment Share
Share via: 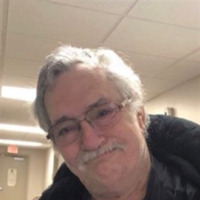