To share your memory on the wall of Bobby Hough, sign in using one of the following options:

Print
Bobby “Dean” Hough, age 88, of Oskaloosa, formerly of Eddyville passed away on Wednesday, February 5, 2020 at the Oskaloosa Care Center. He was born on August 9, 1931 in Appanoose County to Versal and Marjorie (Brown) Hough.

Dean att... Read More
Bobby “Dean” Hough, age 88, of Oskaloosa, formerly of Eddyville passed away on Wednesday, February 5, 2020 at the Oskaloosa Care Center. He was born on August 9, 1931 in Appanoose County to Versal and Marjorie (Brown) Hough.

Dean attended Eddyville Schools, graduating with the class of 1949. He enlisted in the United States Army on January 19, 1951 in Des Moines, Iowa. He was honorably discharged from the military on December 23, 1952 in Fort Sheridan, Illinois. He married Donna Gilliland on December 20, 1959 in Lancaster Missouri. This past December they celebrated their 60th Wedding Anniversary. He always enjoyed working on the family farm especially with the cattle. He had a 26 year career proudly representing Eddyville as their Postmaster. Dean retired from this position in 1992. He was a member of VFW, American Legion and the National Association of Postmasters, attending various conventions. His hobbies included listening to country music, camping and cheering on the Iowa Hawkeye football and basketball team. His real enjoyment in life was spending time with his family and friends.

He is survived by his wife Donna Hough of Oskaloosa, his son Charles (Jacque) Hough of rural Eddyville, stepdaughters Vicky Witt of Eddyville and Pam (Leonard) Robison of rural Bloomfield. He also is survived by his five grandchildren, fifteen great-grandchildren and three great-great grandchildren. He is preceded in death by his parents, Versal and Marjorie Hough, step granddaughter Stacy Schwab and many aunts, uncles and good friends.

Funeral Services will be held at 10:30 a.m., Saturday, February 8, 2020 at the Eddyville Funeral Chapel with Burdell Hensley officiating.  Interment will follow in Pleasant Corners Cemetery with military rites.  There will be a funeral luncheon following services.  Visitation will be held on Friday, February 7, 2020, opening to the public at 2:00 p.m., and Dean’s family will be present from 5-8 p.m., Friday evening at the Eddyville Funeral Chapel. Memorials may be directed the Eddyville Historical Museum or the Eddyville Public Library. Online Condolences may be left for the family at eddyvillefuneralchapel.com
Read Less

To send flowers to the family or plant a tree in memory of Bobby Hough, please visit our Heartfelt Sympathies Store.

We encourage you to share your most beloved memories of Bobby here, so that the family and other loved ones can always see it. You can upload cherished photographs, or share your favorite stories, and can even comment on those shared by others.

Posted Feb 07, 2020 at 12:07pm
Charlie, Jacque, and families,
We are so sorry for the loss of your Dad. He will be missed by all.
Thinking of you all during this difficult time.
Love and hugs to everyone.
Larry and Judy Walker, Gilbert, AZ
Comment Share
Share via:

Posted Feb 06, 2020 at 03:11pm
So sorry for your loss. We will keep you in our thoughts and prayers.
Ken and Gloria Lee.
Comment Share
Share via:
HS

Flowers were purchased for the family of Bobby Hough. Send Flowers 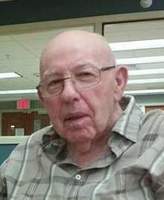