To share your memory on the wall of Wilma Sereg, sign in using one of the following options:

To send flowers to the family or plant a tree in memory of Wilma Sereg, please visit our Heartfelt Sympathies Store.

We encourage you to share your most beloved memories of Wilma here, so that the family and other loved ones can always see it. You can upload cherished photographs, or share your favorite stories, and can even comment on those shared by others.

Posted Apr 28, 2018 at 12:00am
She was my kindergarten teacher. I have forgotten many things about elementary school but many of my nice memories of elementary include Wilma Sereg. Also many sayings of life lessons that have stuck with me all through life may be attributed to this wonderful person God blessed me by knowing her. Continue reading
Comment Share
Share via:
JT

Posted Apr 28, 2018 at 12:00am
So sorry to hear of Wilma's passing. She was a very sweet and kind lady. We were neighbors in Eddyville around about 1970. I used to ride my bike up to the house and play with Joleen. Wilma always had a smile on her face and loved children. My heartfelt condolences go out to the families. I pray that God blesses and comforts you during this time of grief. Continue reading
Comment Share
Share via:
VN

Posted Apr 27, 2018 at 12:00am
I had Wilma for my kindergarten teacher...loved her! My dad always hired Joe to bale our hay. I always kidded Joe that I could eat more watermelon than him. He'd say...I know you can, I hate watermelon! :-) great memories of two gems! Continue reading
Comment Share
Share via:
CR

Posted Apr 26, 2018 at 12:00am
I work at the Oskaloosa care center and had the pleasure of getting to know Wilma! Kindness and caring was one of her many virtues, even towards the end when you knew she had to be miserable! A special human being with a huge heart. She will be missed.:kissing_heart: Continue reading
Comment Share
Share via: 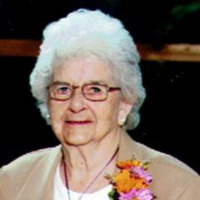